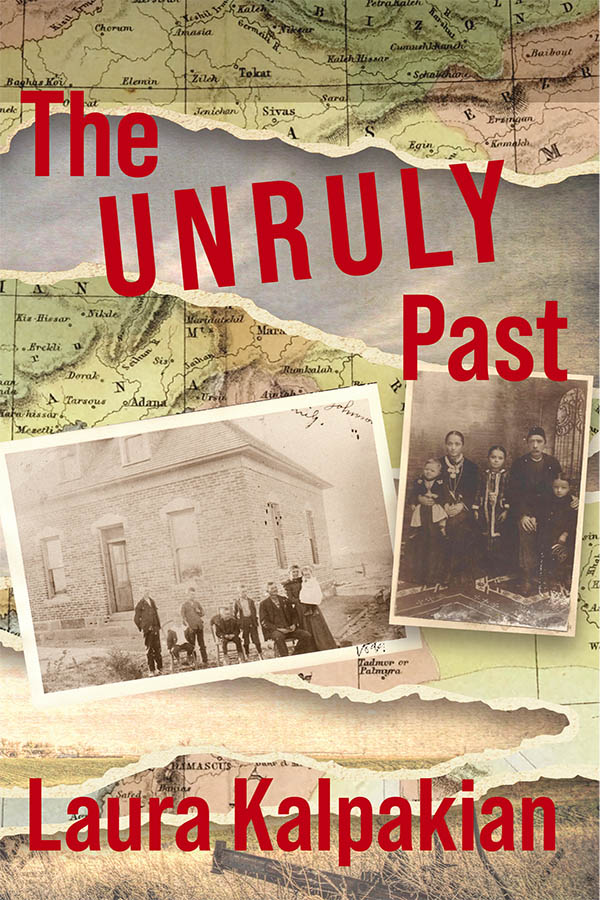 To write a memoir is to take the grains of sand-individuals and particulars- and shape them into sandcastles. To make artful narrative of experience that, in the living of it, might have seemed random, even chaotic. Writing a memoir tames the unruly past, but it does not make it docile.

Celebrated novelist Laura Kalpakian grew up in Southern California amid a blending of vastly different cultures. Her mother was born in Constantinople, only a toddler when the family, multi-lingual, urbanite Armenians, left Turkey and immigrated to Los Angeles after World War I. Her father joined the Navy after Pearl Harbor, uprooting from an Idaho tribe of restless, rural, hardscrabble Mormons. These memoir essays explore both sides’ colorful anecdotal inheritance as, over generations, their stories are codified, re-shaped to process unspoken pain.

With candor and humor Kalpakian chronicles her stint as a teen reporter and gossip columnist. As a wayward apprentice in her twenties she lollygags through Paris imagining herself to be a writer, but lacking the courage to write. She masquerades as a graduate student among the ponderous Structuralists while secretly writing stories, none of them published. One of these stories escalates into one hundred pages, blossoms into a novel that sells to a major publishing house and collects critical applause. Commercially, the book flops. Her second novel, These Latter Days is rejected and her powerful editor dies. Returning to California, now the single mother of two young sons, she refuses to give up on These Latter Days-a book ironically rooted in Mormon traditions she had long since spurned, and a town she thought she had left behind forever.

The Unruly Past asks questions of the author’s past: the Armenian diaspora, Mormon tribalism, the warring instincts to revel or preserve, raising children in order to let them go. These essays are not content to simply tell what happened. They explore the larger, deeper chasms, the cracks and fissures of what must be imagined before it can be remembered.

Laura Kalpakian is the internationally published author of twenty works of fiction and many short stories. Her most recent novel, The Great Pretenders (2019), is a tale of the blacklist era in Hollywood. Memory Into Memoir: a Handbook for Writers (nonfiction) appeared in 2021 published by University of New Mexico Press. American Cookery was nominated for the 2007 International IMPAC Dublin Literary Award, and she has been awarded an NEA Literature Fellowship and twice the Pacific Northwest Booksellers’ Award, as well as a Pen West Award, a Pushcart Prize and the Anahid Award for an American writer of Armenian descent. She has taught fiction, memoir and literature as a visiting writer. Educated on both the east and west coasts, she has a bachelor’s and master’s degree in history. She can be reached via her website, laurakalpakian.com, Facebook and Twitter.